The Accepted Definitions For Art and Its Classification 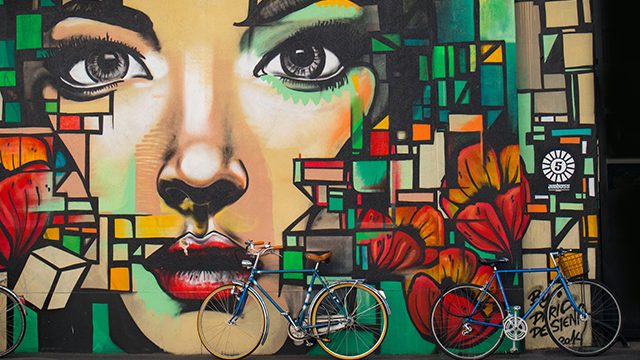 Art is an area of study that is very broad. Generally, art is defined as a means of self-expression. There is not just one definition widely accepted for Art. Art lends itself to several definitions. Some of these definitions are:

• It is a means of expressing one’s ideas through painting, drawing, sculpting etc.
• It is any activity in which a person gives order and form to organized ideas to bring out a new creation.
• It is a way of life and forms an integral part of life.
• It is the production of items with visual tools such as lines, colour, textures, etc. guided by design principles to satisfy both the aesthetic and functional needs of the individual and the society.
• It refers to the products of human creativity.
•It is a means of self-expression.

Art is broadly divided into two. These are I) Liberal Arts and ii) Creative Arts

i) Liberal Arts refer to the studies intended to provide general knowledge and intellectual skills such as law, literature, government, etc. It is usually referred to as humanities since it is a humanistic discipline that addresses concerns of social living.

ii) Creative Arts refer to the arts that employ creative abilities in the production of artefacts that are useful in carrying out our day to day activities. Unlike the liberal arts, creative arts offer self-occupational or practical skills which are manual in nature to its learners. It is the focus as far as the study of Visual art is concerned.

It should be noted that when the term ‘art’ is mentioned in the realms of visual art education, we are in effect talking about the creative arts. It is divided into two main branches namely a) Visual arts and b) Performing Arts.

This refers to all creative or artistic products that are perceived with the sense of sight (optical sense-eye), sense of touch (skin) and can arouse emotions. Therefore, any creative product you can see, touch and can arouse in you an emotional feeling can be said to be a visual art form. Let’s take a drawing done on a sheet of paper as an example. Since one can see the drawing with the eye and can touch it while this same drawing also arouses an emotional feeling in the person seeing it, we can say with conviction that drawing is a visual art form. Whereas concept boards are different form of arts and mostly use in creating films.

Visual arts is sometimes referred to as Plastic or solid arts because of their tangible nature. It is divided into two groups. These are Fine arts and Industrial arts.

• Fine Arts are produced to serve as a form of decoration in the interiors and exteriors of homes, offices etc. They are purposely produced to satisfy the aesthetic drive of the viewer. Owing to this, the aesthetic qualities of the works in this area is stressed or given much emphasis in their creation. Though these arts may play other roles, it should be noted that their main function is for decoration. Examples include Painting, Graphic design, Picture making and Sculpture.

• Industrial arts also known as applied arts are those that focus more on the functions or uses of the artistic product, not its aesthetic value. They are created to satisfy the utilitarian needs of the individual while carrying out duties in our everyday life. They are purely usable art forms. Examples include Textiles, Leatherwork, Ceramics, Pottery, and Jewellery.

These are perceived by the sense of sight and sense of movement (kinesthetic sense). They are performed or played. They are seen in a stream of time. Examples include music, dance and drama. An aspect of performing arts is Verbal arts which are performances communicated with words and body gestures. They include poetry, incantations, recitations etc.

There are unique characteristics that differentiate visual arts from performing arts. First, let us discuss that of visual arts.

4. It can be seen and felt thus making it tangible.

On the other hand, these are the distinct features of performing arts.

1. These are art forms perceived by our kinesthetic sense and sense of touch.

4. It cannot be touched, thus making it intangible.

5. It can be seen in streams of time.

Learn how to identify the different forms of arts for your career. 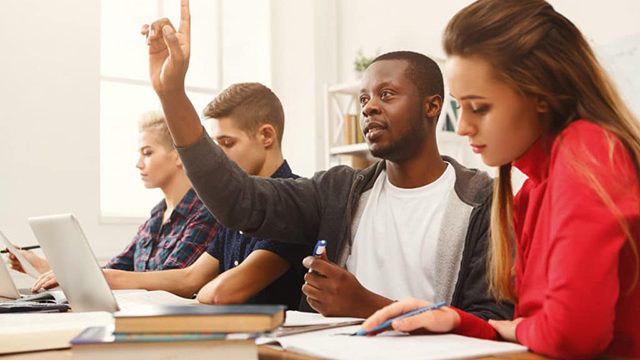 If you want to know how businesses operate, learn about management or develop your skills in a specialised area such as finance, you may be interested in pursuing studies in management courses Sydney. You tell a parent about a problem that their child is having and they barely give you eye contact, let alone hear what you’re saying. You confront a co-worker about something that is bothering you and they agree to make some changes, but two days later it’s back to the same old behaviors. What can you do?

The good news is – there are some good, constructive things you can do when they won’t listen to you. Things that will help you feel positive and have more energy.

Listed below are two frustrating situations that were recently shared during a workshop I conducted:

“I’m trying to work on specific goals for a child in my care, i.e., holding his own bottle or cup, trying finger foods, playing on his own for 1 minute. I feel the child is ready and – he’s showing us he’s ready. I inform the parents verbally and ask them to do what I do. It’s been two months and so far they haven’t followed through…this is very frustrating. I feel that whatever I do, the family negates at home.”

“Some parents seem to leave with their children so fast I don’t feel they care. I don’t get the opportunity to talk to them about current activities in the classroom or their child’s day. They just get their stuff and leave without saying goodbye or thank you.”

How can these situations be handled in a positive and productive way? Here are some things you can do when you feel that parents and co-workers don’t listen to you.

Do not assume the worst. When I consult with child care professionals they often tell me: “The parents just don’t care!” or “I’m not respected in the profession.” Feelings become negative and actions follow the same path. Most often when we analyze these situations we find that the parents are just busy and they do care and they will listen to you when approached in a constructive way. It’s not that they don’t like you or feel that what you do is not important. So the first step is to hold firmly in your mind positive, motivating thoughts such as: “What I have to say is important for you to know because…” Decide to focus on those thoughts as opposed to the negative ones (They don’t like me…they don’t care…) You’ll be happier and get better results.

Understand things from the other person’s perspective. Once you’re able to master this skill you’ll be able to empathize with the person and focus on solutions. You’ll be able to remove yourself personally from the situation and focus on what works. To empathize with someone, simply put yourself in his or her shoes and stay there for a minute or two. How must he or she be feeling? So the next time you need to spend some quality time with a parent start off by greeting her and then say “I understand you are crazy busy but I would like to spend five minutes with you to discuss your child. I understand you probably have to rush right out but perhaps we can schedule some time for later this week. I can give you a call at home, your office, or send you an email to arrange a time when we can meet. What would be best for you?”

Hold your head high and do the best job you can to convey your message. One of the most frustrating challenges is when you have a solution that you know will work but you can’t get the parent(s) to follow on the solution. For example, after a workshop I conducted a child care professional approached me and stated that one child in her class has a certain condition. She read up on this condition and has a few ideas to share with the parents, however, she can’t get them to listen to her. We brainstormed several things that she can do including: set up a special meeting as described above, confront the parents positively and directly regarding your findings, present the parent with written materials, or hold an open forum for parents who may share the same challenge. Once you’ve exhausted all possible solutions, find peace in the fact that you did the best job you could to help the child whether the parents bought into your ideas or not.

Benefits of Signage Advertising For Your Business 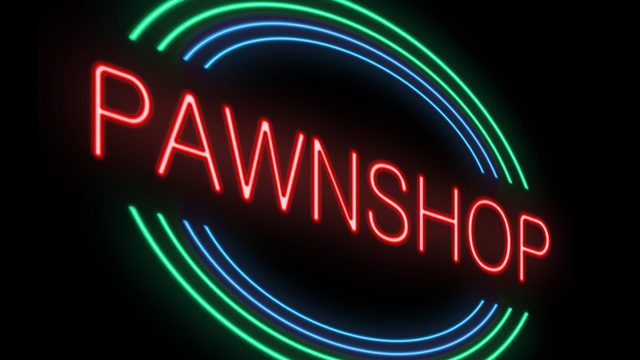 Buses, taxis, or trolleys are all great options for places to tag with your business vehicle signage Sydney personal advertisements. Whether you are just starting a small business or are an established company that has been around for years, there is no denying the fact that signage advertising has an important role to play in its success. Signs do the job of making a good visual impact upon your prospective customers which leads to more sales. Ever so often, a new business is popularised because of its unique, eye catching business sign. This is the overall benefit of signage advertising for your business, but let us look at some more reasons why signs work for you.

A signpost for your business:

Your business sign functions as a signpost or a guide that directs people to your store or business. This is especially important for a brick and mortar store as that is how it draws customers. Business signs like banners and flags can be used to inform the public of various promotions and marketing activities you have planned to improve sales. Putting up banners, flags or pennants at a community gathering or an event increases the visibility of your in the neighbourhood.

A business sign usually includes a logo and brand name along with other information such as location and contact details. People are more likely to shop at stores they are familiar with and a sign does exactly that. It familiarises people with your, building an image about you in the minds of customers. In short, it builds up your brand image.

Differentiating your business from the competition:

A unique brand name and logo distinguishes you from the competition. In places like Sydney, where you have numerous competitors, a well-designed sign makes a huge difference to your bottom line. Your sign stands out making it easier for prospective customers to choose you over others. This surely works well in your favour.

More benefits for your advertising dollars:

Digital Menu Sydney is a cost effective way to advertise your business. Signs are virtual sales persons for your, working day and night throughout the year. And, your signage costs are negligible when compared to other forms of advertising like television, radio or the print media. Besides, signs provide constant exposure for your unlike a few seconds ad on the TV or radio. Signage advertising certainly offers more benefits for your advertising dollar making it an affordable form of marketing even for businesses with limited finances.

Considering the benefits of signage advertising for your business, it makes good sense to invest your marketing budget in well designed, quality signage. Visit https://absolutesignsolutions.com.au for more information or consult the expert designers who will create the best signage that your business needs. The company can design, manufacture and install all kinds of Sydney Signage like banners, decals, lettering and displays for promoting your business.